Baking has been a very defining part of the previous decade. Culling through hundreds and probably thousands of photos, it evokes a spirit that I carry daily: patience.

It’s not been easy to be away from the kitchen, Photos are not always what they seem and my posts rarely coincide with what is happening at the moment. Baking and cooking have taken me places I never thought I’d go. It’s where I’ve found humans that I will call friends, forever. It’s where I’ve met my most humbling moments and deepest failures. It’s where I fall into a meditative state. It’s when my most attractive and/or natural look is having flour in my hair and on my face. 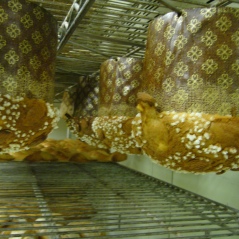 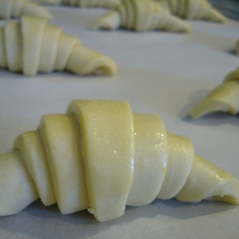 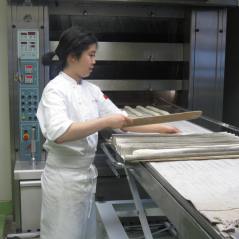 I belong in a space where an apron is sometimes an appropriate tool.

In time, between 29 and 31, I felt the need to express love in a physical form. Having spent a good portion—months often connected—of 31, 32, and in between 32 and 33 away from the people I knew I loved, I discovered and practiced love that could be felt beyond physical form. Spending a few moments in quiet connection was all it took for the focusee of my thoughts to feel the space around them shift towards them. On occasion, I used technology to amplify my intent. The letters that formed words and the words that formed phrases, attempting to describe my current state, reflect back.

The critique on the form of desired affection wasn’t that I lacked love or that we lacked —it was that we each hadn’t been still long enough.

Today, everything reminds me of many of you.

Over the past few years, I have spent at least 3 months away from my home base of Houston–from one month to three months at a time. In the past, I have made the mistake of packing too many clothes and not enough self-care essentials. This time, I packed the essentials first and filled the gaps with clothes.

I desire to feel even more alive than the sensation of bitter New York winter on my strategically covered skin.

These things allow me to make any space feels like me:

And the most magnetic blue monkey gift of all, a quartz with tourmaline and chlorite inclusions.

Like the imperfect organization of aveoles in this next loaf of bread I bake, beauty and love are present experiences, never fully describable or expressed in a linear manner.

Having spent years struggling to look through a lens that is solely mine, I peel away those layers that trained my past sight. The sharpness limited the range of experiences I would allow myself. When the seen things became less distinct, I gave my other senses breathe.

Since the Winter Solstice, I walk, with the longest spine I know, amongst the towering forest of Truth. I release the threads of my past into the deepest expansions of the Blue Sky. These strands influenced me, distracted me, held me in some capacities from the fullest expression my Heart.

A wash of unconditional love, emerged, unrestricted, spilling into the surfaces of my skin, dancing onto you, flowing with its new life. Its lava-like qualities, burned so I felt its sensation, retreating in temperature only when I no longer needed heat to pinpoint the flow.

I surrender to the universe’s plan for us.

Breathe In, Breathe Out.

My path, uniquely mine, predetermined to include curves, with varying elevations and odd sized obstacles. It has left me with physical scars—internal scars that surfaced for weeks and sometimes years. Growing up, people told me that scars were not pretty. As a lover of the outdoors and a true participant of gravitational forces, I felt confused, until one day I realized they were just projecting their fear on me.

fear: an unpleasant emotion caused by the belief that someone/something
is dangerous/scary, likely to cause pain/discomfort, or a threat.

I decided that fear would keep me from being curious, from exploration, and, therefore, would alter my potent for new aspects of happiness and level of obtainable joy. If I could break the patterns of things that used to provoke fear, then my thought was I could be detached from fear. This emotional response is highly individualized, so what I did next may not be the stimulus you need.

How I came to say yes, in the days prior:

One weeks prior, after a chat about hair with the Creative Director of a hair salon in Toronto, it dawned on me that hair holds the DNA of our past; so, over a bathroom sink, moments after waking up, with inexperienced hair cutting fingers, I cut the past into a trashcan, giving it no choice but to leave my being. With each movement of my fingers, a wave of empowerment rushed through my veins. The blockage of fear began to leave my body.

Two nights prior, Tigermom, the other craziest gals, and I practiced our meditative breathing exercises before we jumped into 8 Celsius lake water. The sun was out. We were in Sweden. Why wouldn’t we jump in the lake? What’s the worst that could happen? We already knew we would be cold, so jumping into the lake would just confirm this fact.

One hour prior, Tigermom asked if I was scared. My response: I’m not thinking about being scared until we get on the mountain. I couldn’t be bothered to replace the awe of Sweden’s beauty with the fear of something I committed myself do.

Protected in full gear, I watched with laser focus the art of getting on a ski lift with an awkwardly heavy bike, and I thought to myself, what’s the worse that can happen? I fall a lot and eventually get to the bottom? I was certain all those things would happen. To not let fear take over me after I fell the first and uncountable last time, I found that focusing on my breath caused my heart rate and blood pressure to stay stable.

There’s a memory that Lisa and I will share, when I went over the handlebars and landed spread eagle with the bike landing on me, perfectly sandwiching my head under the frame’s triangular core. As the weight of the bike holds me down long enough for me to collect my thoughts, I thought to myself, I should ask her to photograph me. Ironically, Tigermom was thinking the same thing. Unfortunately, neither of us said what we were thinking, so there is no proof it happened. All I could do was laugh at how ridiculous I probably looked. I made a trailer of memories if you need a minute of thrill.

The uncanny, calm-as-fuck innerself thought: Fuck it. Let’s keep going. What other choice do we have?

(Note to downhill newbies, it’s not a good idea to hit the brakes fully when in the process of going downhill.)

tomorrow i am also free.

I’m in love with this city.

I’ve decided the way to travel is to travel to the same places, experiencing them as a new human, learning from the evolution of not only that city, but as being human yourself.

This city, for me, is Copenhagen.

When I first discovered Copenhagen, it was the dead of winter of the year 2010. I had never known a white Christmas. My lovely friend Iris, who any day now will have a baby, taught me what hospitality meant. She welcomed me to her parents home in Jutland for Christmas, and her father could not fathom a visitor without a beer in hand at all times. I can never forget this memory.

Now, on my fourth trip to Copenhagen, it has been decided that I am part Danish, and that this IS my second home. How often do you visit a city where your name is called out while riding a bike? Or that you appear at a wine bar only to be greeted by people you know. Or to be invited into a home to be cooked a meal by Cambodian parents. Or to chase a beer with a negroni. Or to drink milk straight from the holding tank. Or to wear the shoes you left here on your last visit?

Challenge to visit a place more than once. More than twice. More times that you can count. Expand and contract with it. Learn about the people and culture and the people that visit. Be a regular—have a place to call home. The world—it is smaller than we think— it is for exploring deeply the things we do not know (yet).

This time I leave behind one of my first ceramic pots, some hair, some ideas about conserving water on a farm, and promises to be back within a year.

I came to Copenhagen this time to celebrate a 30th birthday and an almost new Danish life. I have yet to decompress from the experiences here, but I know I will never forget it.

I feel so alive.

(This excerpt of my visit was written after cutting my own hair, being a natural chauffeur on a GoBoat, biking with my hair down like I own this town, a natural wine tasting of countless bottles of Danish, French, and American wines, a homemade meal of roasted chicken, risotto of chicken hearts, wheel of cheese, and Danish melon, followed by chasing a beer with a negroni, and biking home under the moonlit Danish summer night.)